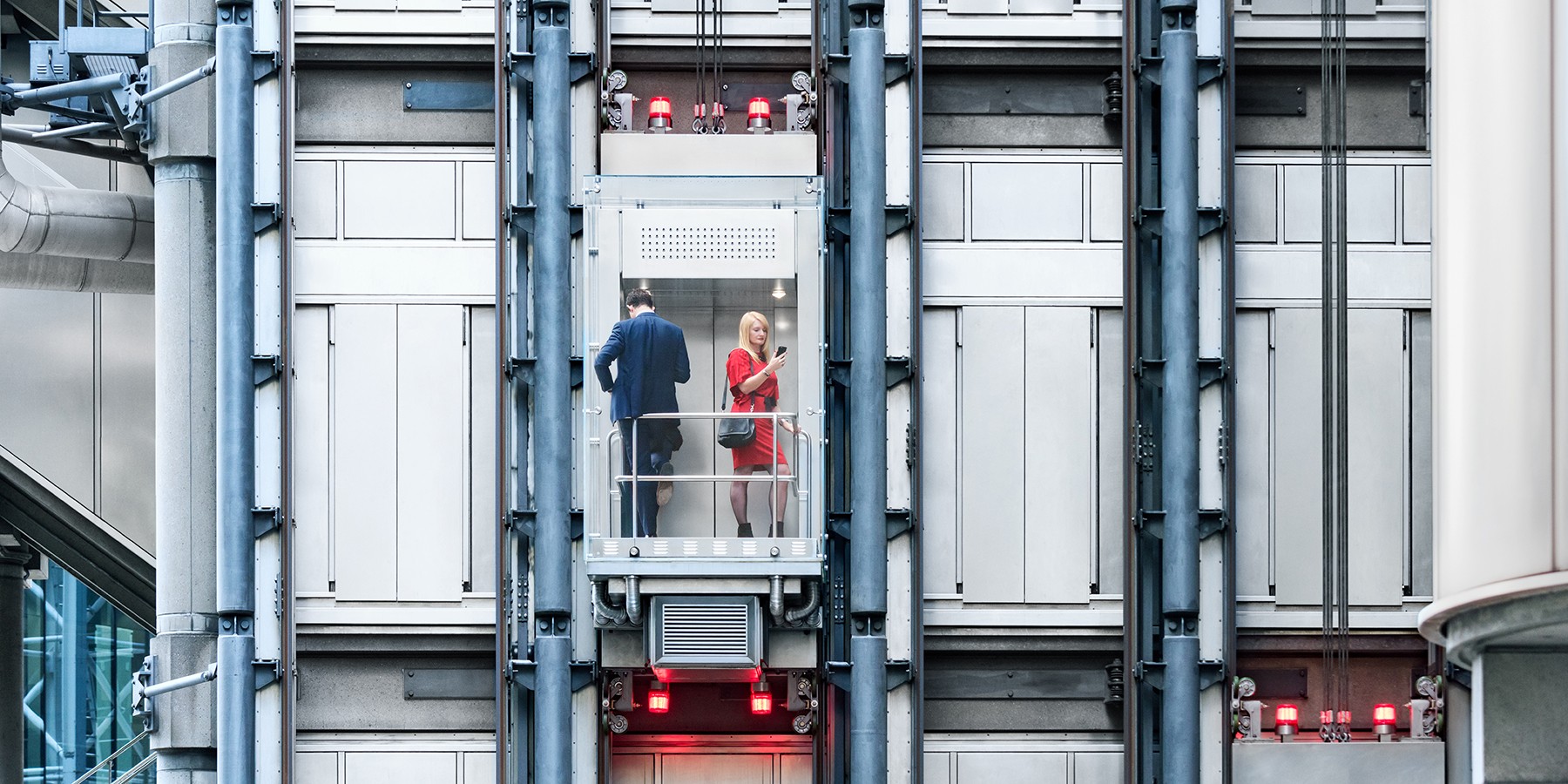 From a single underwriter at Lloyd’s in 1901 to 35 offices in 14 countries throughout the UK, US, Europe and Asia.
This timeline tells the story of how Hiscox became the business it is today.

We have a rich heritage as experts in providing specialist insurance. Our timeline takes you on a journey through our history and what has made Hiscox the business it is today. 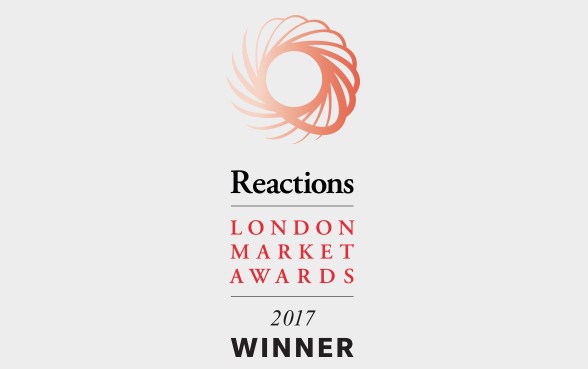 In June 2017, Hiscox picked up four prestigious awards at the Reactions London Market Awards 2017, held at the Grange Tower Bridge Hotel in London. 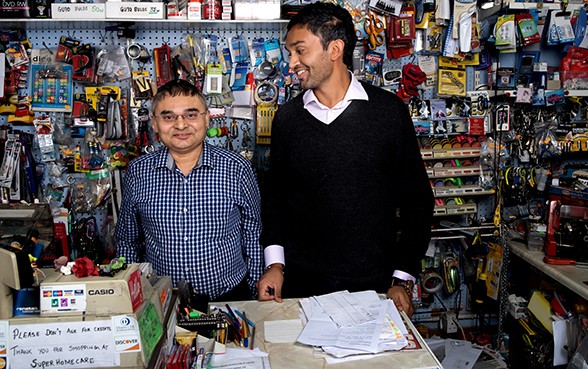 ‘Where I Come From’ exhibition opens

A new exhibition by London-based portrait and theatre photographer Bill Knight, opens in Hiscox’s London office. ‘Where I Come From’, shows children of a generation of immigrants who came to Britain in search of a better life for themselves and their families.

Bronek Masojada, Hiscox Group CEO and sponsor of the exhibition, who was born in South Africa and comes from Polish émigrés, says: “These photos capture the pride of the immigrant generation in the success of their children in the country they have made their home.” 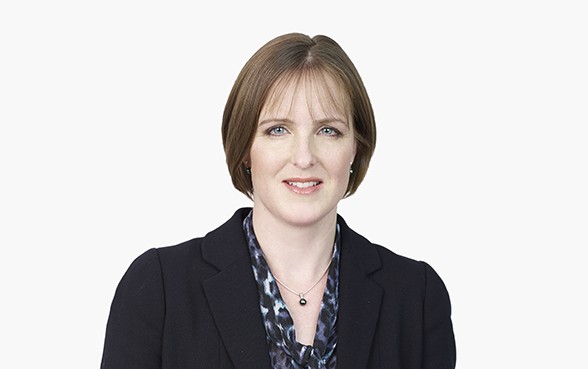 Kate Markham takes up the reins as CEO for Hiscox London Market, moving from Managing Director of our direct-to-consumer operations in the UK.

Hiscox Group CEO Bronek Masojada says: “Kate has proven her ability to build profitable businesses in highly competitive markets. She will be a modernising force for our operations and culture, and relentless in making the most of the changing market and the opportunity it presents.” 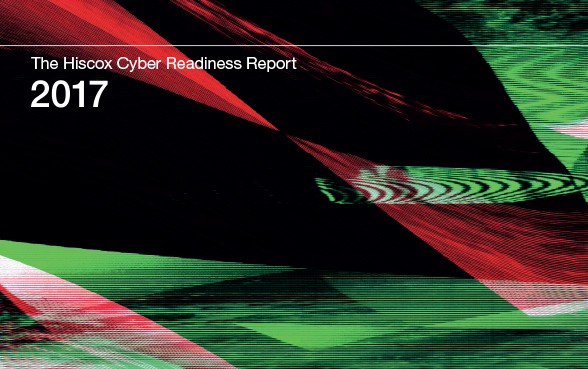 The report examines 3,000 executives across the UK, US and Germany and assesses their preparedness for the cyber threat. This is an area we are interested in, given our growing cyber insurance offering, and the insights we gain from this study to help us serve our customers even better. 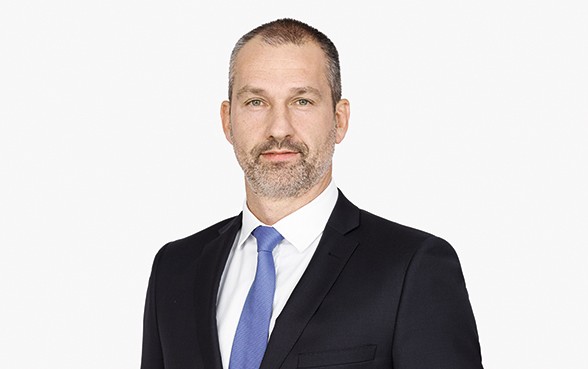 Stéphane joined Hiscox in March 2010 as the Paris-based Chief Operating Officer of Hiscox Europe, and in April 2012 moved to London to take over the Group’s IT function as Group Chief Information Officer. He was appointed Hiscox Europe’s Managing Director in September 2016. 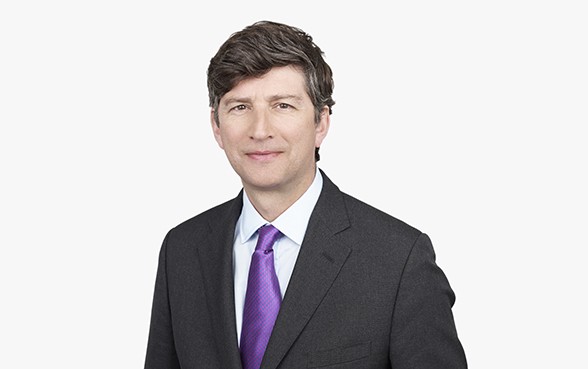 Our US$1 billion capacity consortium (the result of a collaboration with Ascot Underwriting) has been constructed specifically to streamline the process of placing large fine art risks within Lloyd’s. It will improve efficiency and put the customer’s needs first by providing completely transparent capacity and promoting healthy competition in the market. 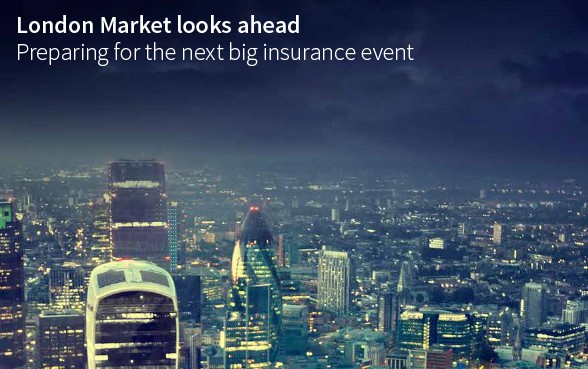 In 2016, Hiscox Chairman Robert Childs led a first-of-its-kind industry-wide dry run project, bringing together insurers, brokers, Lloyd’s, regulators, rating agencies and HM Treasury to test how a market-turning loss event may play out. The rationale for this is that it had been quite some time since the market dealt with a market-changing event and the environment in which we operate today is very different, with a new regulatory framework and the implementation of Solvency II.

There really is no substitute for testing the system before the worst happens, and this project serves as a reminder of the London Market’s credibility as a global insurance market, reassuring investors, ratings agencies and other global markets that London has the collective ability to continue to insure complex risks even in the toughest trading conditions. 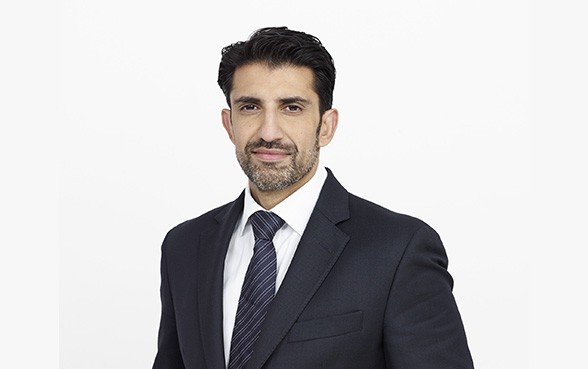 Bronek Masojada, Group CEO, says: “Aki will be an excellent addition to our Executive Team, bringing first class financial services experience, strong regulatory exposure, and a fresh perspective.  I believe we can learn a great deal from Aki and look forward to welcoming him aboard.” 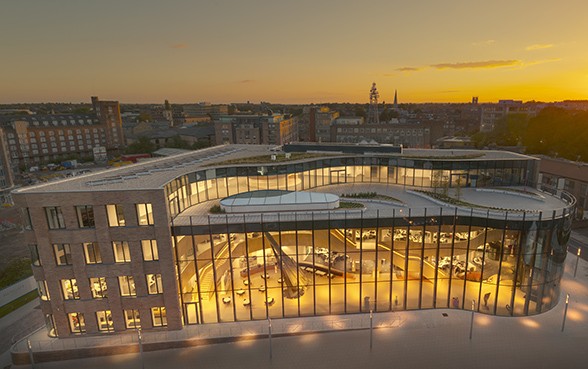 In December 2015 we opened a new landmark office in York. Its construction began in mid-2014 and involved 485 days of construction, 750 tonnes of steel and 775 square metres of glass. The Hiscox Building in York is a multi-function office, housing everything from underwriting, claims, customer services, IT, HR and other operational roles as well as our Customer Experience Centre for the North. In time it will be our biggest office in the UK outside London and employ up to 500 people. It is also the home of Hiscox Business Club, which offers free office and meeting space to local start-ups. 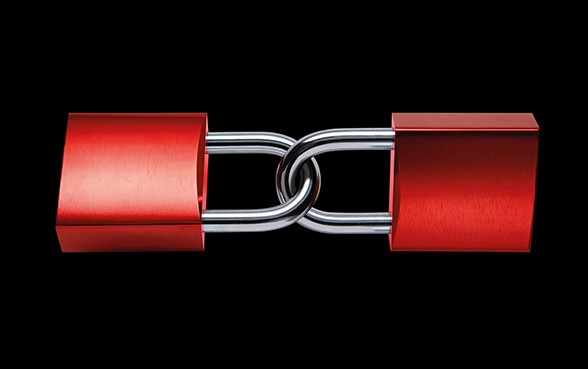 In 2015 Hiscox launched Cardinal Re Ltd, a Bermuda-domiciled special purpose insurer designed to transform collateralised insurance and reinsurance risk into a security more suited for capital market investors. Cardinal Re, which is wholly owned by Hiscox and managed by Kiskadee Investment Managers, is a market ready platform able to quickly create sidecars and managed accounts in a segregated cell. 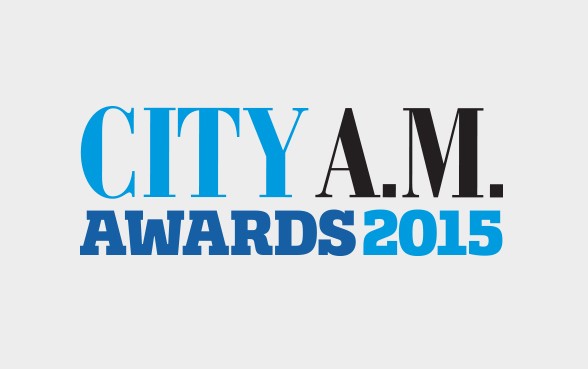 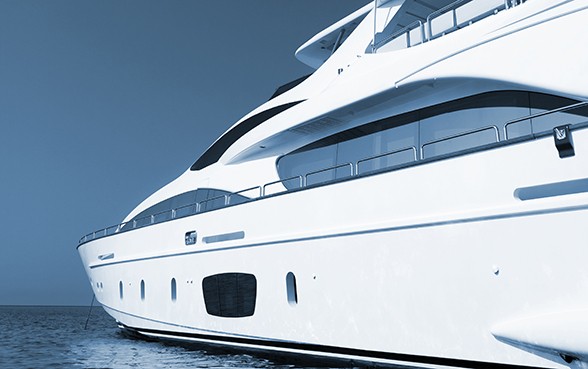 Hiscox acquires R&Q Marine Services, an underwriting agency specialising in mega-yachts and the general marine leisure industry. This business complements our existing capabilities in the high net worth space. 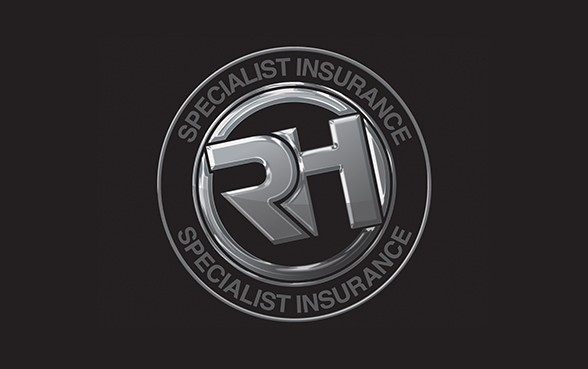 In 2015 Hiscox acquired classic car insurance specialist RH Classics. RH Classics has provided specialist vintage and classic car insurance to owners and collectors for more than 35 years. It works with some of the UK’s most prestigious vehicle clubs and their members, such as the Rolls-Royce Enthusiasts’ Club and the Bentley Drivers Club. Now as part of Hiscox, it gives us access to a new group of customers. 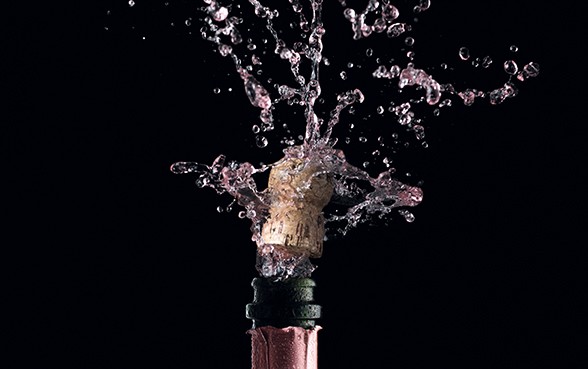 In 2015 Hiscox celebrated 20 years of operating in France and Germany, and ten years of operating in Spain. From these offices we offer a range of specialty commercial products through brokers, partnerships and direct-to-consumers. Our teams in France, Germany and Spain are an important part of our retail offering and our diverse geographical footprint. 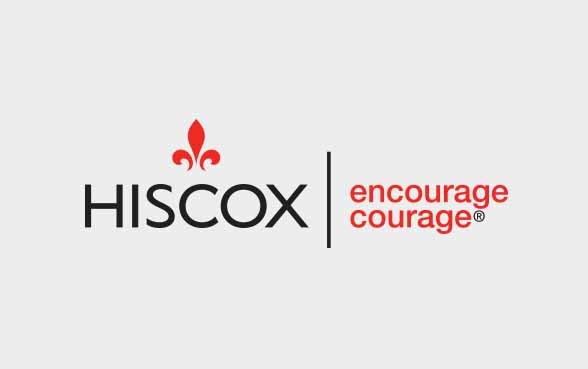 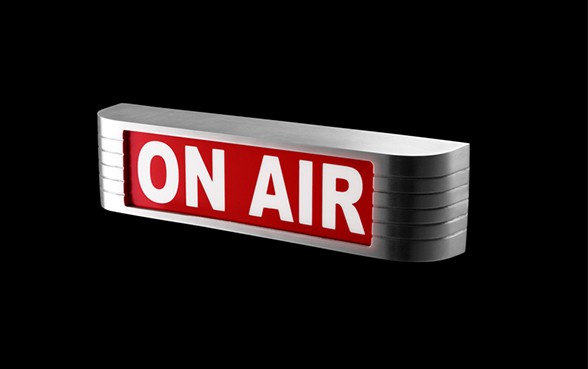 Hiscox has been providing commercial insurance for the media sector since 1995, and now insures more then 9,000 businesses across the UK and Ireland, ranging from bloggers to some of the largest broadcasters in the world. We offer commercial policies that are specifically tailored for media companies, advertising, media buying, graphic design agencies, publishers and broadcasters and are able to provide professional indemnity, specialist media combined, cyber and data, personal accident, directors and officers’, event cancellation and crisis containment cover. We are also able to offer market-leading contingency based coverages such as advertising agents’ indemnity, commercial producers’ indemnity and death and disgrace.

From the 14th July 2014, Hiscox London Market pilots the City of London Business Traineeship; a diversity programme offering talented students from inner-London the chance to gain a paid summer internship. 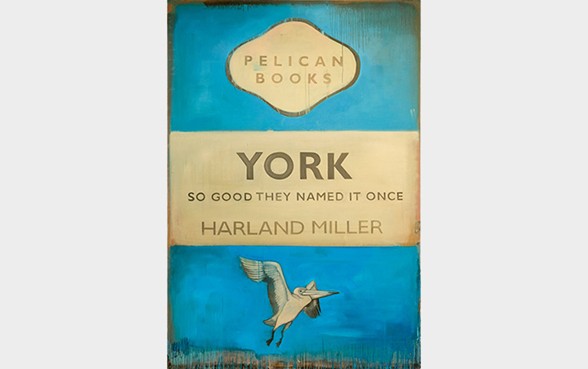 Harland Miller, York So Good They Named it Once, 2005 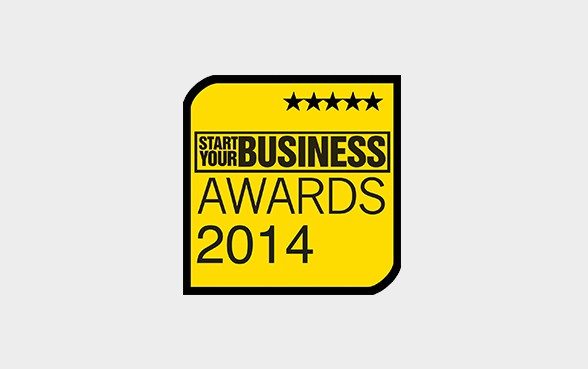 Hiscox UK is awarded the ‘Investing in the Profession Award’ at The British Insurance Awards where Bronek Masojada is also presented with ‘Personality of the Year’.

Hiscox UK was also awarded Best Small Business Insurer by Start Your Business Magazine for the sixth year in a row.

In the US, Hiscox was named a Top 100 Champion at the Small Business Influencer Awards. 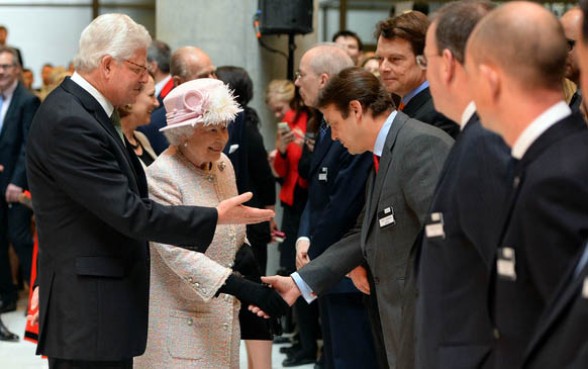 The Queen and the Duke of Edinburgh unveil a plaque to commemorate 325 years of Lloyd’s of London. While on the trading floors Her Royal Highness stops to have a word with Hiscox London Market’s Paul Lawrence.

The Worshipful Company of Insurers, whose current Master is none other than Bronek Masojada, launches the Independent Women in Insurance Network. 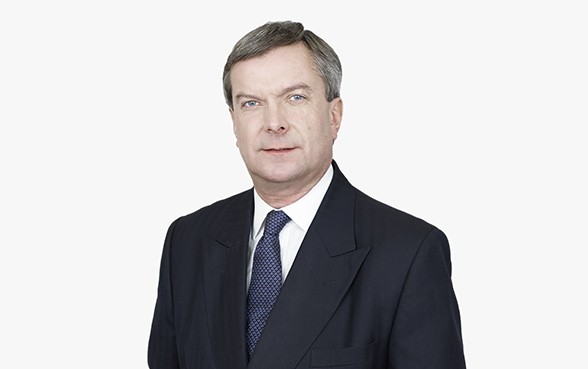 Stuart Bridges is named CFO of the Year at the Insurance Insider Honours 2014. The Insider references Stuart’s length in the role, his testing under fire after 9/11, his strategic and financial contribution to the growth of Hiscox as well as his good relationships with investors, bankers and regulators. 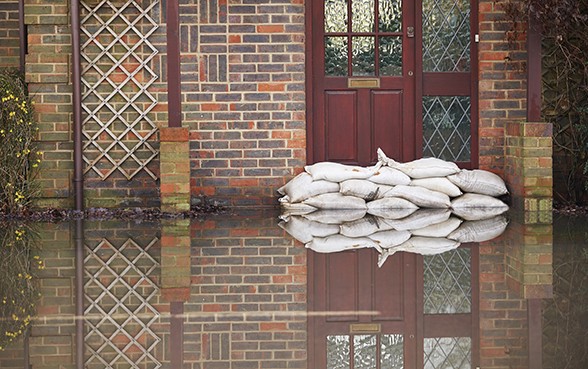 Hiscox challenges the Government on the new flood insurance scheme – which currently excludes up to one in six households, making flood insurance prohibitively expensive for many. 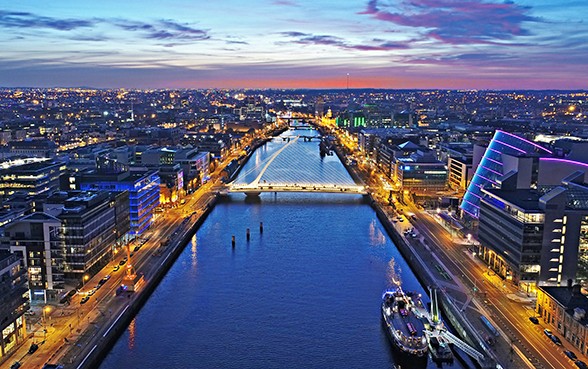 Hiscox Dublin opens a new office. The new office is a reflection of the opportunity Hiscox sees in Ireland.

Hiscox UK – back on TV

Hiscox has always been known for its distinctive and bold advertising and this is no different. We’ve used an innovative and sophisticated visual technique – 3D projection mapping, an advertising first – to bring to life a simple customer insight.

From a single underwriter at Lloyd’s in 1901 to 35 offices in 14 countries throughout the UK, US, Europe and Asia.
This timeline tells the story of how Hiscox became the business it is today.