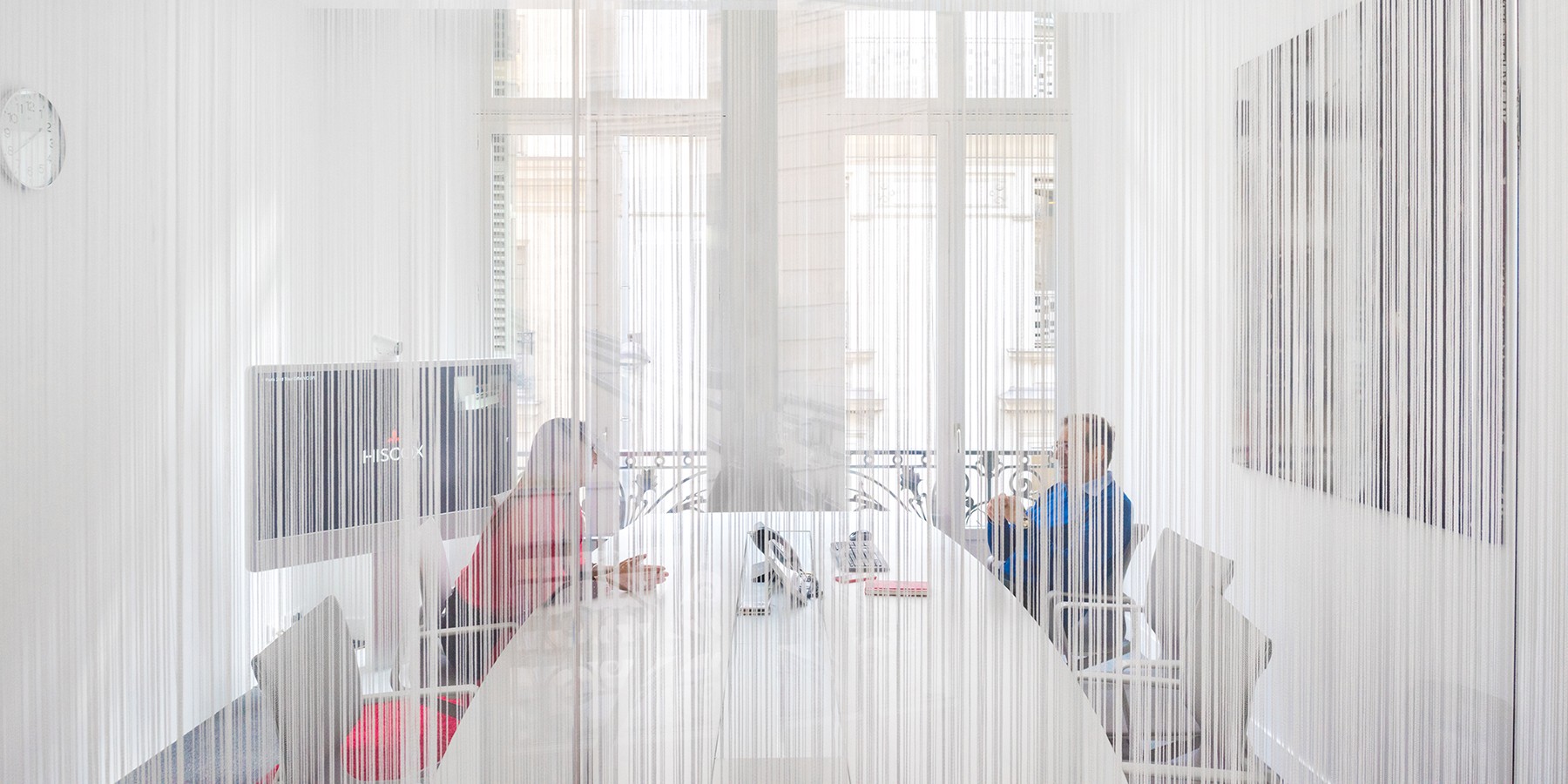 Find out more about our Board and senior management team. 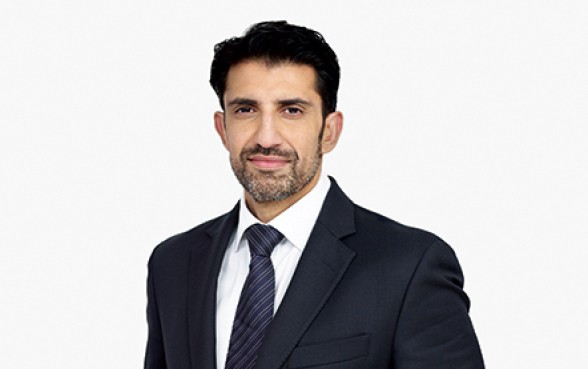 Aki joined Hiscox in 2016 as Chief Financial Officer for the Hiscox Group, before becoming Group Chief Executive Officer in January 2022. Prior to joining Hiscox, Aki held a number of senior roles in financial services, telecoms and media. He spent seven years at Prudential plc, latterly as Chief Financial Officer for Prudential UK and Europe. He was Finance Director for the Consumer Bank division at Lloyd’s Banking Group until 2009 and prior to that was Finance Director for the Consumer division of ntl (now Virgin Media). Aki is a Chartered Accountant, having trained with KPMG. 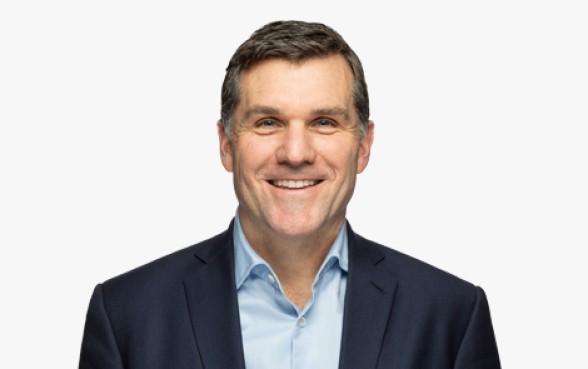 Paul is a qualified Chartered Accountant, having trained with PricewaterhouseCoopers. He holds a BA degree in Economics from Manchester University. 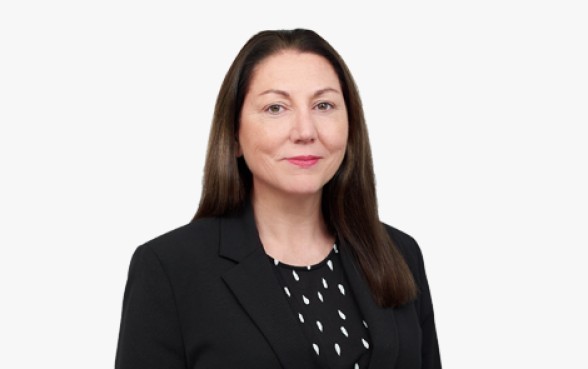 Joanne Musselle joined Hiscox in 2002, having previously worked for AXA and Aviva in both the UK and Asian markets. She began her Hiscox career as a Technical Underwriting Manager within professions and specialty commercial followed by a six month secondment to the Group as Business Improvement Manager. In 2006, Joanne moved into Hiscox Group claims as Head of Claims Strategy before becoming Head of UK Claims from June 2009. She became Chief Underwriting Officer (CUO) for Hiscox UK and Ireland in July 2012 and CUO of Hiscox Retail in July 2017, before being appointed CUO for Hiscox Group at the end of 2019. 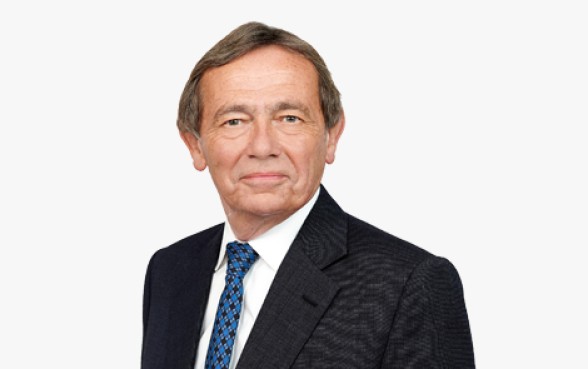 Robert Childs joined Hiscox in 1986, served as the Active Underwriter of the Hiscox Lloyd’s Syndicate 33 between 1993 and 2005, and was the Group’s Chief Underwriting Officer until February 2013. Robert was Chairman of the Lloyd’s Market Association from January 2003 to May 2005. He is a former Chairman of the Advisory Board of the School of Management of Royal Holloway University of London and Chairman of The Bermuda Society. 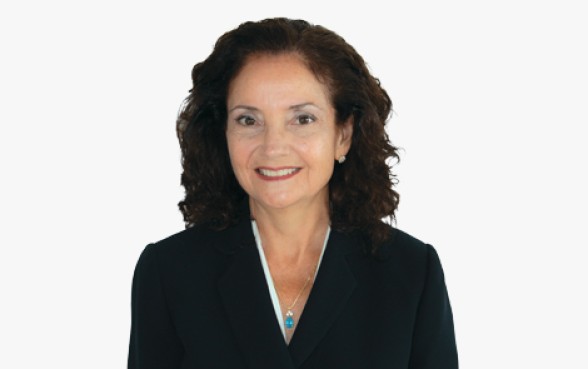 Donna joined Hiscox in April 2022.  She has over 35 years’ financial services experience, gained across banking and insurance, serving as AIG’s Global Chief Operating Officer, General Insurance and as their Global Chief Auditor. Donna was Chief Executive and Chair of the Board at United Guaranty, CEO and Chair of the Board at MetLife Bank and was a PwC Financial Services Partner.

Michael Goodwin joined Hiscox in November 2017. He has over 25 years’ experience in the insurance industry having worked for QBE Insurance between 1992 and 2012. He held a number of roles for QBE in the Australian and Asia Pacific markets and was the CEO for QBE Asia Pacific from 2007 to 2012. Michael is a Fellow of the Institute of Actuaries of Australia. 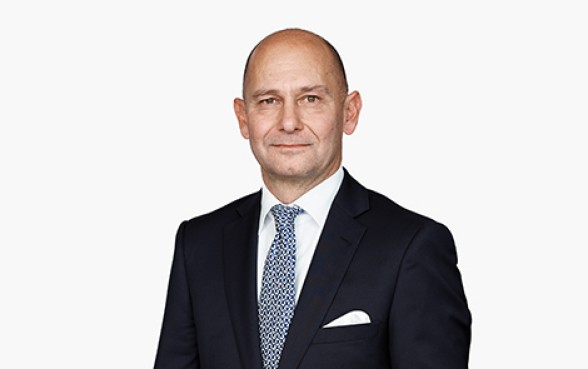 Thomas Hürlimann joined Hiscox in November 2017. Thomas has 28 years’ experience in banking, reinsurance and insurance. Most recently as CEO Global Corporate at Zurich Insurance Group, a business with US$9 billion premiums and a network in over 200 countries. Before that he worked at Swiss Re and started his career with National Westminster Bank. He holds an MBA from IMD. 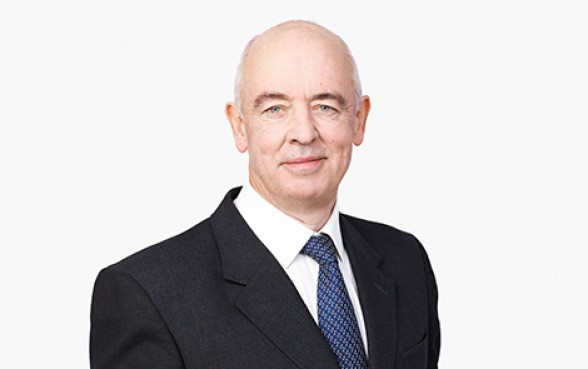 Colin Keogh joined Hiscox in November 2015. Colin has spent his career in financial services, principally at Close Brothers Group plc, where he worked for 24 years and was CEO from 2002 until 2009. He is a Non Executive Director of Virgin Money Holdings (UK) plc and certain of its subsidiaries. He is also a Non Executive Director of M&G Group Limited and Chairman of specialist financial services business Premium Credit Limited. 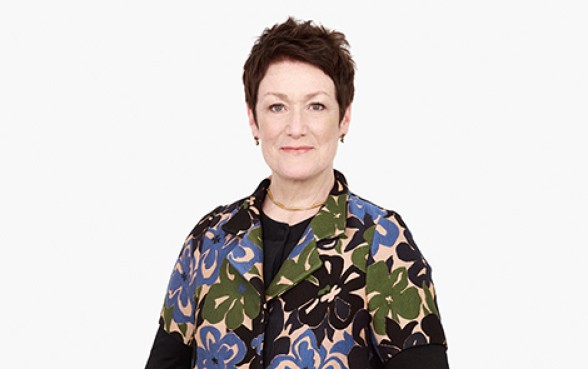 Anne MacDonald joined Hiscox in May 2015. Anne has held the position of Chief Marketing Officer at four different Fortune 100 companies, marketing some of the most recognisable corporate names in the world – from Citigroup and Travelers to Macy’s and PepsiCo. With an MBA from Bath University, Anne was formerly a Director of NASDAQ-listed Rentrak Corporation, stepping down from the Board on completion of its merger with comScore, Inc. 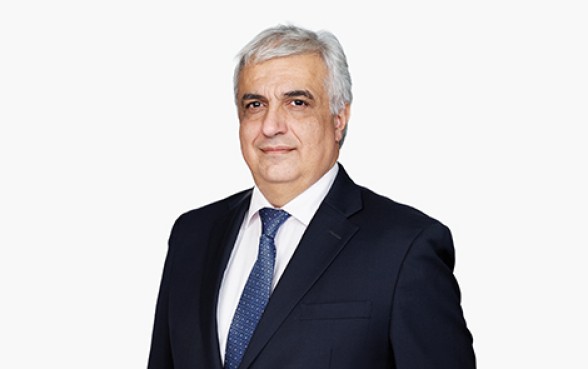 Costas Miranthis joined Hiscox in November 2017. He was President and CEO of PartnerRe a position from which he stepped down in 2015. Prior to joining PartnerRe in 2002 he was a Principal of Tillinghast-Towers Perrin in its London office with responsibility for the European non-life practice. He is a Fellow of the Institute and Faculty of Actuaries and a member of the American Academy of Actuaries. He is also a past Chair of the European Reinsurance Association Board.

Lynn Pike joined Hiscox in May 2015. Lynn has 38 years’ experience in the banking industry, most recently as President of Capital One Bank. Prior to Capital One, Lynn was President of Bank of America’s Small Business Banking division, a $2.1 billion revenue business, with oversight of 110,000 business clients and 2,000 employees. Dividing her time between California and Connecticut, Lynn currently serves on the boards of American Express National Bank, Phoenix House Foundation and California State University-Channel Island, as well as the Bankwork$ Advisory Board. 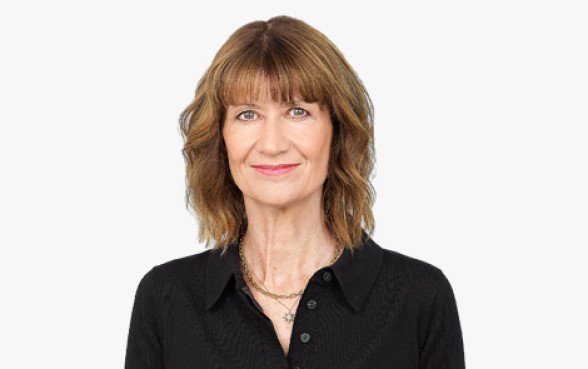 Amanda joined Hiscox in 2006 as Chief Human Resources Officer. Prior to joining the Group, Amanda worked for Mars, PepsiCo and Whitbread in senior human resources roles in Europe and internationally. Previous roles include: Compensation and Benefits Director for PepsiCo’ restaurants division in Europe and Africa; Group Compensation and Benefits Director for hotel and restaurant company, Whitbread; and, Human Resources Director for Marriott Hotels in the UK. Amanda began her career at Mars Confectionery where she joined as an English graduate from Reading University. 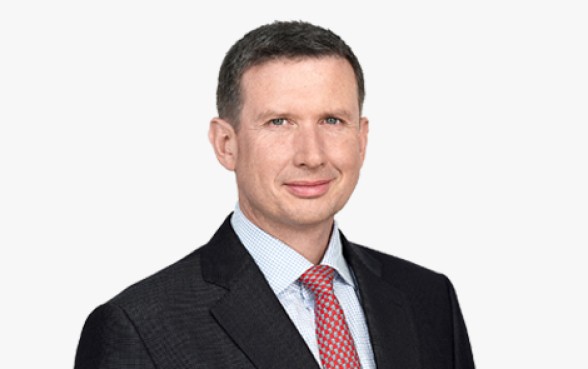 Robert was appointed Chief Executive Officer of Hiscox Europe in March 2021, having spent 15 years as Managing Director of Hiscox Germany. Robert joined Hiscox Germany in 1997 as one of its first recruits, at a time when it had a premium income of less than €1 million and fewer than five staff. During his tenure, he has held a number of roles within the business across both operations and underwriting, and spent time in London working on the launch of Hiscox’s now-global Direct Commercial business.

Under Robert’s leadership, Hiscox Germany became the flagship of Europe and expanded into areas including direct-to-consumer, technology and cyber insurance – with Hiscox now seen as a leader in the specialist insurance market in Germany. 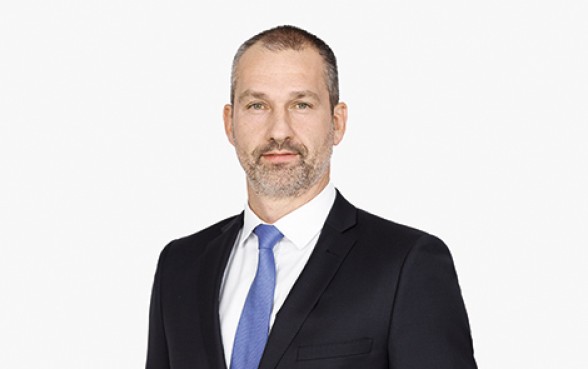 Stéphane was appointed Chief Transformation Officer for the Group in February 2021 after four years as Chief Executive Officer of Hiscox Europe. Stéphane joined Hiscox in 2010, originally as Chief Operating Officer for Europe and then as the Group’s Chief Information Officer. Prior to joining Hiscox, he worked across a number of sectors within Financial Services for companies such as Paribas, CapitalOne and AIG, in France, the United Arab Emirates and Spain. 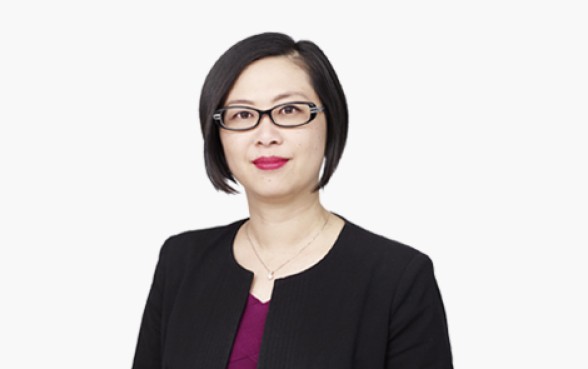 Hanna joined Hiscox in 2015 as Chief Risk Officer for the Group. Hanna leads our team of risk and compliance experts and has Group-wide responsibility for Hiscox’s enterprise risk management and compliance framework across our diversified international insurance and reinsurance businesses. Hanna is a qualified actuary with over 20 years’ insurance experience gained in consultancy as well as at international insurers in both the UK and Australia. 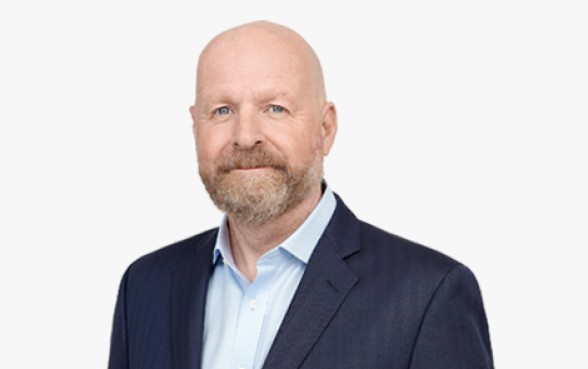 Kevin joined Hiscox in 1996 and soon created Hiscox’s first direct online business in the UK; initially for home insurance and later on for commercial clients.

In 2009, Kevin relocated from London to New York to oversee the launch and development of Hiscox’s US digital small business operation which, from a standing start, now serves over 460,000 small business customers.

Kevin has been instrumental in driving forward Hiscox’s ambition of becoming a leading provider of small business insurance in the US. In May 2021, he was named CEO of Hiscox USA. 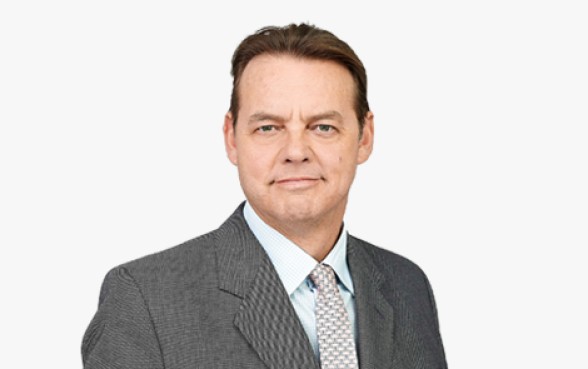 Since joining Hiscox in 1992, Paul has underwritten a broad range of business lines including fine art, high-value household, personal accident and specialty. Paul was appointed to the Hiscox partnership in 2005, and made Divisional Head of Property of Hiscox London Market in 2007. In April 2013, Paul was promoted to Chief Underwriting Officer, Hiscox London Market, and as joint active underwriter of Syndicate 33. Before joining Hiscox, Paul worked as an underwriting assistant for C P Attenborough Syndicate 144 at Lloyd’s and for broker E W Payne. 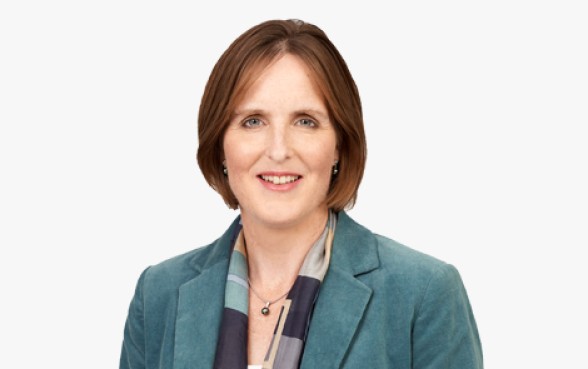 Kate joined Hiscox in June 2012 to run the UK Direct business, leading a team of over 200 people across three locations with accountability for sales, marketing, operations, and underwriting. Having built UK Direct into a market-leading operation with a strong brand and a culture of creating customers for life, Kate was promoted to the newly created role of Chief Executive Officer of Hiscox London Market in 2017. Prior to joining Hiscox, Kate worked for Vodafone for 12 years. As Head of International Enterprise at Vodafone, she identified a significant new opportunity to serve multinational clients globally and built an effective operation to support the venture. Kate started her career at Anderson Consulting (now Accenture). 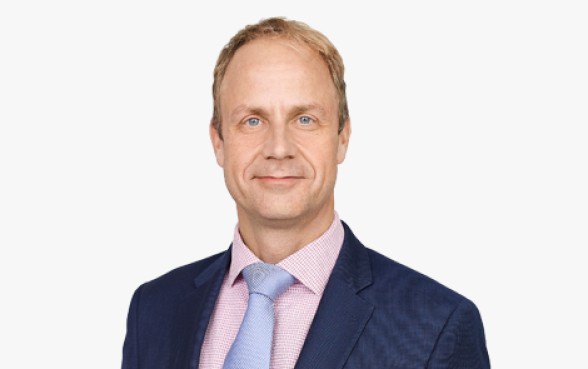 James joined Hiscox in 2019 as Chief Investment Officer for the Group.  James is responsible for overseeing the management of Hiscox Group’s investment portfolios, implementing overall investment policy and directing all portfolio management, research, trading and strategy.

James has a wealth of experience across investment management, most recently at Aberdeen Standard Investments (ASI) where he held the post of Co-Head of Multi-Manager Strategies, overseeing the management of £27 billion of assets. Previously, he was Chief Investment Officer at Skandia Investment Group until its merger with Old Mutual Asset Managers, where he became Director of Investments and a member of the executive management team of Old Mutual Global Investors. 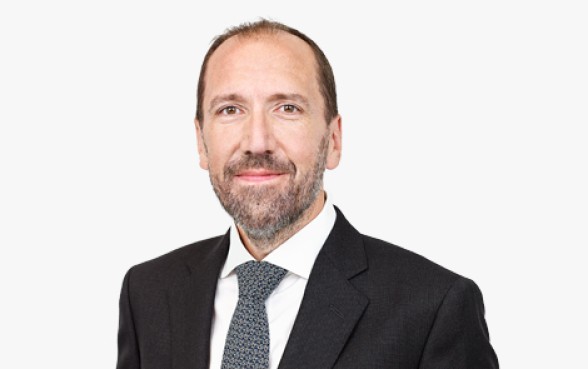 Ian is a seasoned IT professional with a wealth of global, blue-chip experience, and an eminent industry leader. Ian brings expertise in leading all aspects of IT including strategy, development, engineering, operations and programme execution. At Hiscox, he leads the Group’s IT reporting to the CEO Bronek Masojada.

Prior to joining Hiscox he was the Chief Technology Officer (CTO) at Barclays, where he was responsible for the group’s IT infrastructure development and led the bank’s cloud computing initiatives for three years. Prior to this, Ian was Managing Director, Engineering and Architecture at JPMorgan and was based in the US for seven years, designing platforms for risk analytics, cloud development, and high-volume customer channels. He has previously worked at Pfizer and Goldman Sachs.

Ian is a Fellow of the British Computer Society, and has worked extensively with the Venture Capital and start-up community to build applied technology solutions. He began his career as a distributed systems research scientist funded by the UK Government and has published papers on parallel computing and low latency networking. 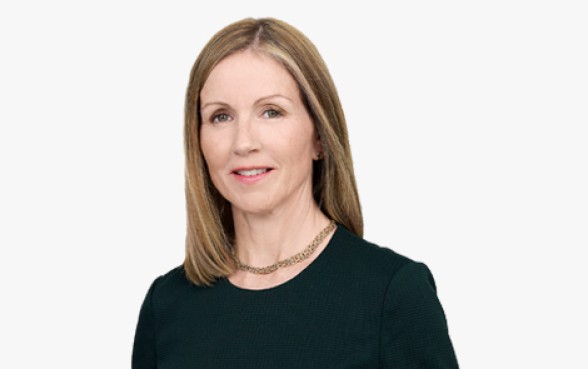 Previously Chief Executive Officer of Hamilton Re, Kathleen spent her early career at ACE in a variety of actuarial and underwriting roles, rising to Chief Underwriting Officer for International Property at ACE Tempest Re in 2005, based in Bermuda. Kathleen joined Hamilton Re in 2013 as Chief Underwriter (Property), and was appointed CEO in 2014, a post she held until 2020.

Kathleen is a Fellow of the Casualty Actuarial Society, served in 2020 as the Chair of the Reinsurance Association of America, and is the former Chair of Women in Reinsurance – an organisation she co-founded.

She has a Bachelor of Science in Mathematics from Drexel University, Philadelphia, was inducted into The Drexel 100 alumni hall of fame in 2019, and currently serves on the Drexel University Board of Trustees.

Marc joined Hiscox in 2017. Based in Bermuda, Marc provides legal guidance to the Executive Committee and is the Principal Representative to the Bermuda Monetary Authority for Hiscox Bermuda, where he is a member of the Board. Marc joined Hiscox from PartnerRe Group, where he acted as Chief Legal Counsel and Secretary to the Board. Prior to joining PartnerRe, Marc was an Associate with Appleby, having trained as a solicitor at Berrymans Lace Mawer in London. Marc is a non-practicing member on the Roll of Solicitors of England & Wales and was called to the Bermuda Bar in 2001.

Hiscox Partner is an honorary title given to employees who make significant contributions to the development and profitability of the Group. The Partnerships encourages a proprietorial attitude, and up to 5% of the total workforce are Hiscox Partners.

Find out more about our Board and senior management team.