Hamilton, Bermuda (7 May 2013) -- Hiscox Ltd (LSE:HSX), the international specialist insurer, today issues its Interim Management Statement for the first three months of the year to 31 March 2013.

Hiscox’s gross written premiums grew by 12.3% to £506.1 million (2012: £450.7 million) driven by local errors and omissions business in all regions, as well as internationally traded property insurance and reinsurance. The Group experienced a very benign first quarter for claims.

Bronek Masojada, Chief Executive, commented: “Fortune has favoured the industry this quarter. For Hiscox, the absence of any catastrophes and growth in profitable lines has delivered a very good start to the year. We are in a good position to benefit from rate rises in the US casualty market and it is pleasing to see substantial growth here."

Gross Written Premiums for the period::

Rates
Rates in reinsurance remained mostly healthy on business bound in the first quarter, including some rises on business impacted by Superstorm Sandy. Japanese earthquake rates during the 1 April renewals were steady, reducing from risk-adjusted historic highs by only a few percent as Japanese carriers rewarded reinsurers who had paid claims from the Tohoku earthquake and tsunami quickly and fairly. Nonetheless increased competition from the capital markets, and a continued benign claims environment are beginning to have an impact on rates in reinsurance and we believe rates will decline during the June and July renewals.

Rates in other product lines are mostly either broadly stable or improving gently, particularly in the US. The exceptions are commercial lines in UK and Europe which remain under pressure, with similar marginal falls in Aviation, Upstream Energy and Terrorism insurance.

Investments
The investment result to 31 March 2013 was 0.9% for the quarter on a non annualised basis. Another period of strong performance from our risk assets accounts for more than half of the return whilst the income from cash and the bond portfolios was in line with expectations reflecting the low yields available. Invested assets totalled approximately £3.3 billion at the end of March. Since then, almost £200 million has been returned to shareholders which has been funded from the cash and bond allocation. As a result, risk assets now account for approximately 7.0% of the portfolio.

Economic growth remains elusive in the developed world and the main Central banks, now including the Bank of Japan, are expected to maintain their accommodative monetary policy for some time. Returns from short term bonds and cash therefore are forecast to remain modest. After such a strong start to the year further advances in equity markets are likely to be less dramatic but they still remain attractive compared to many other asset classes.

Hiscox London Market
Hiscox London Market grew gross premium income by 15.9% to £209.5 million (2012: £180.7 million) driven mainly by growth in property and specialty lines. The marine and energy business also performed well, writing larger lines at good rates during the important renewal of the International Group of P&I Clubs. Reinsurance lines are ahead of budget as the business used more of its capacity early, in anticipation of softer rates later in the year.

During the quarter we announced the separation of Insurance and Reinsurance lines in Hiscox London Market, creating two divisions with separate management structures. Paul Lawrence has been promoted to joint active underwriter of Syndicate 33 (responsible for Insurance lines) alongside Russell Merrett who will continue to lead the Reinsurance business.

Hiscox Bermuda
Gross written premiums for Hiscox Bermuda grew by 6.0% to $124.2 million (2012: $117.2 million). This growth was above budget and largely driven by international reinsurance as the business used more of its capacity early, in anticipation of softer rates later in the year.

Hiscox Guernsey
Hiscox Guernsey grew again with gross written premiums up by 4.9% to $28.1 million (2012: $26.8 million) as it focused on distributing terrorism products in new territories.

Hiscox USA
Hiscox USA continues to grow apace with gross premium income up by 34.5% to $64.3 million (2012: $47.8 million). Expanding sales force and improving market conditions in many of its casualty lines led to good growth.

The direct-to-consumer business continues to develop steadily, with sales of up to 800 policies a week. New products such as insurance for health and beauty professionals are being well received.

Hiscox UK
Gross written premiums for Hiscox UK rose by 8.5% to £96.7 million (2012: £89.1 million). This is driven by strong retention in art and private client and commercial lines, alongside good growth in areas such as luxury motor and professional indemnity for the technology and media industries. Pricing and segmentation improvements in the direct-to-consumer business have also provided strong profitable growth.

This business has launched a new initiative to grow its profitable schemes business, collections of customers with similar risks who benefit from negotiated premiums and bespoke cover.

Hiscox Europe
Hiscox Europe increased gross written premiums by 6.1% to €73.6 million (2012: €69.4 million) with France, Germany and Iberia growing ahead of expectations. Across Europe, professions and specialty commercial lines benefited from strong retention and grew by 11%.

Notes to editors
About Hiscox
Hiscox, headquartered in Bermuda, is an international specialist insurance group listed on the London Stock Exchange (LSE:HSX). There are three main underwriting parts of the Group – Hiscox London Market, Hiscox UK and Europe and Hiscox International. Hiscox London Market underwrites mainly internationally traded business in the London Market – generally large or complex business which needs to be shared with other insurers or needs the international licences of Lloyd’s. Hiscox UK and Hiscox Europe offer a range of specialist insurance for professionals and business customers, as well as high net worth individuals. Hiscox International includes operations in Bermuda, Guernsey and USA.
For further information, visit www.hiscox.com. 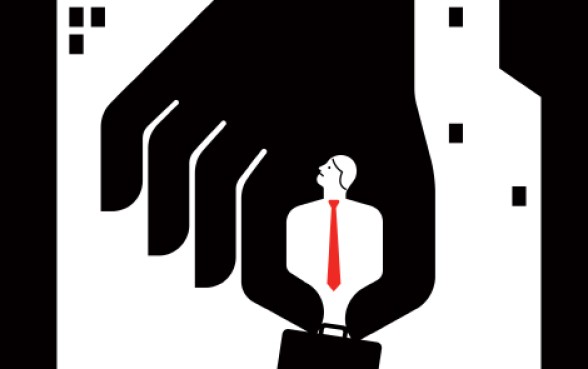