London, UK (14 March 2018) The number of homeowners choosing to stay put and invest in their existing property instead of moving has soared in the past five years, according to a new report from specialist insurer Hiscox.

In 2013 just 3% of homeowners took the decision to improve instead of move, but fast-forward five years and this figure has increased to 15%, further rising to one in four (26%) amongst millennial homeowners (those aged 18 – 34).

The Hiscox Renovations and Extensions Report draws on insight from homeowners, UK-wide estate agents and over 400 local council planning permission records to highlight the growing number of homeowners choosing to invest in home improvements and the profits and pitfalls they’re facing as a result.

Phil Thorn, Head of Direct Home Insurance at Hiscox UK & Ireland commented: “The decision to improve instead of move is a new normal for homeowners whose lifestyles are evolving. People are looking at ways to adapt their existing homes to meet their changing needs, whether that’s a growing family or the beginnings of a new home business. Many view home renovations as an easier or more economical alternative to moving, but our report highlights that these projects are often underestimated in both cost and scale.”

Architectural designer and television presenter Charlie Luxton added: “There’s been a generational shift resulting in more and more of us feeling empowered to change our houses rather than move. We need to renovate and improve our aging housing stock and if we can nudge people to make sustainable, as well as spatial improvements, this can only be a good thing. It also means people stay longer in their homes, which is usually beneficial for both community spirit and engagement in local issues.

“There is however, a big but. Renovating and extending houses is almost never easy, and should always be tackled with careful professional advice on both design and cost issues. Relying on optimism and a ‘back of envelope’ cost plan can actually take longer and cost a lot more in the end, so don’t rush or cut corners in the planning stages as this is likely to show in the end results.”

Phil Thorn continued: “A home is the most valuable asset the majority of people will ever own, so before making substantial changes to it, make sure you’ve got the right experts and tradesman and the right level of insurance. Many home insurers will limit or even withdraw the cover they provide when major renovations are undertaken, so having a conversation to understand whether extra cover is needed is also really important.”

About The Hiscox Group
Hiscox is a global specialist insurer, headquartered in Bermuda and listed on the London Stock Exchange (LSE:HSX). Our ambition is to be a respected specialist insurer with a diverse portfolio by product and geography. We believe that building balance between catastrophe-exposed business and less volatile local specialty business gives us opportunities for profitable growth throughout the insurance cycle. It’s a long-standing strategy which in 2017 saw the business deliver a profit before tax (excluding foreign exchange) of £93.6 million despite reserving net $225 million for claims in the most costly year ever for natural catastrophes.

The Hiscox Group employs over 2,700 people in 14 countries, and has customers worldwide. Through the retail businesses in the UK, Europe, Asia and the US, we offer a range of specialist insurance for professionals and business customers as well as homeowners. Internationally traded, bigger ticket business and reinsurance is underwritten through Hiscox London Market and Hiscox Re & ILS. 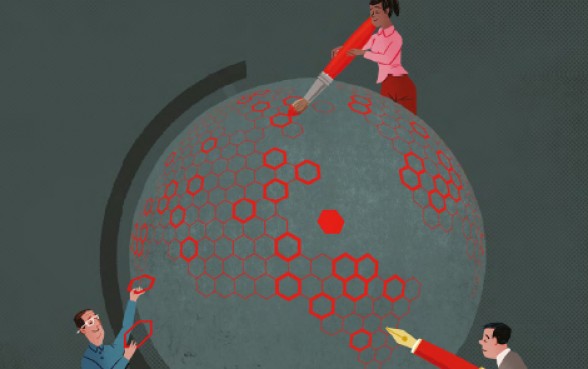