The Hiscox Cyber Readiness Report 2020 reveals that more than half of all firms with more than 1,000 employees had at least one cyber incident in the past year. In this blog, Ivuoma Offor, our Cyber Analyst, explains why doing the basics well gives firms the best protection.

The past year has seen many changes to the cyber security landscape. Even before the COVID-19 pandemic forced companies of all sizes to drastically increase remote working, there were some new trends starting to form. In our Hiscox Cyber Readiness Report 2020, more than half of all enterprise firms (51%) – those with 1,000 plus employees – surveyed, said they had at least one cyber incident. They also reported by far the most cyber incidents (a median 100) and breaches (80) compared to smaller firms.

Almost certainly, large businesses are targeted more than the rest but they may also have been better at spotting attacks. The top three cyber breaches for large and enterprise firms are virus/worm infestation, business email compromise and ransomware infection, and are most commonly caused by phishing attacks1. This illustrates that doing the basics well – detecting, preventing, and building cyber resilience – is the best protection against today’s evolving risks.

The US-CERT (United States Computer Emergency Readiness Team) recently published a list of the top 10 most exploited vulnerabilities between 2016 and 2019, seven of which were found in Microsoft products. Some of these vulnerabilities date as far back as 2015, with available patches.

How can businesses protect themselves?

The importance of maintaining a positive brand reputation has become more evident. Twice as many large and enterprise organisations experienced bad publicity or impacts on brand reputation as a result of a cyber security incident over the past 12 months (15% this year, 7% the previous year)1. It’s imperative to stay on top of evolving threats. Even in our post-COVID-19 world, doing the basics well still rings true.

Ivuoma Offor works within the CyberClear Centre (C3) which provides Cyber Expertise in areas such as value add services offerings, cyber training and advisory services to customers. She is currently responsible for managing the Hiscox CyberClear Academy, a cyber-awareness training platform. She holds a Master’s degree in Data Networks and Security.

Our Cyber CEO, Gareth Wharton, explains how businesses can use findings from The Hiscox Cyber Readiness Report 2020 to become ‘cyber ready’ in the post-COVID-19 world.

The Hiscox Cyber Readiness Report 2020 highlights the risks small businesses face in staying secure against cyber attacks. Ivy Offor, our Cyber Analyst, explains why businesses of all sizes should have a robust cyber awareness training programme in place. 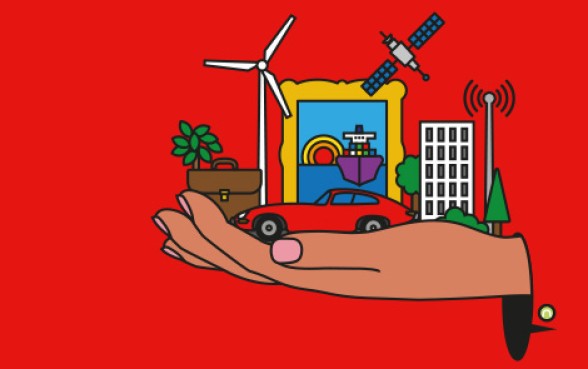